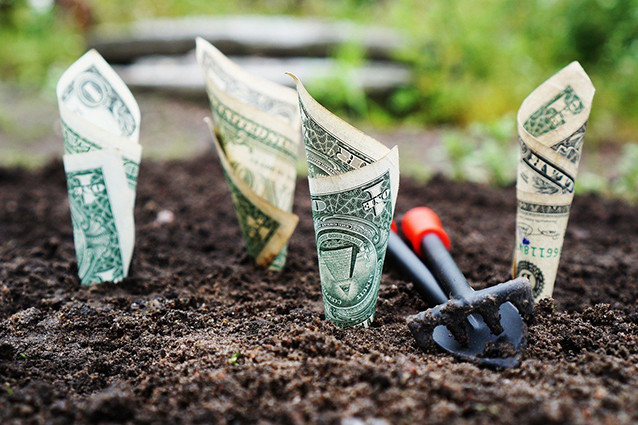 For the first time ever, the Plastic Waste Makers Index has reported that 55 per cent of the world’s plastic waste is produced by just 20 companies. While the report stimulates the necessary ‘name and shame’ conversations, it’s now time for the most influential businesses to take responsibility for driving the climate crisis. Here, Duncan Clark, head of operations at biopolycarbonate research platform Teysha Technologies, discusses how investing in biodegradable polymer alternatives could lead to the termination of single-use plastics for good.

National Geographic estimates that the Great Pacific Garbage Patch, spanning from the west coast of North America to Japan, is comprised of 1.8 trillion plastic pieces. If the report by the Plastic Waste Makers Index is to be believed, just 20 companies could be responsible for more than half of this debris.

While oil and gas giants, like ExxonMobil and Sinopec, each produce more than five per cent of single-use plastics, financiers such as Barclays Bank and HSBC are being held accountable for lending more than $3.1 billion each to virgin polymer producers.

If these companies are to take responsibility for their huge plastic waste footprints, they need to start investing in the search for cheaper, durable and truly sustainable alternatives. But how can this be achieved?

We know that plastic is damaging our environment. So, why do we still produce it? Firstly, it’s durability, malleability and low-cost mean it’s convenient for use in a variety of consumer and industrial products. What’s less considered is its inability to degrade naturally or within a reasonable timeframe without the help of energy-intensive, greenhouse gas-producing industrial catalysts, or without releasing harmful chemical pollutants into the environment.
In fact, every stage in the lifecycle of plastic contributes significantly to the climate crisis. Fracking, for example, leaks thousands of tonnes of harmful gases into the atmosphere every day. National Geographic estimates that 540,000 tonnes of methane per year is produced in the North Texas Barnett Shale region alone, which is the equivalent of 46 million tonnes of carbon dioxide. What’s more, fracking drills often must invasively dig up to 5,000 feet underground using explosive charges to puncture holes in Earth’s shale layer.

Currently, only 14 per cent of oil fracked globally is used to make plastic. But our increased reliance on this material over the next few decades will undeniably increase the need for these destructive activities. Therefore, the solution for these companies is not to dig a little deeper, but rather switch the focus to creating a biodegradable, sustainable polymer with the strength and convenience of traditional plastic.

If researchers were given just half of the funding granted by the world’s biggest banks, we’d be a lot further along in the transition to zero-waste plastic.  Despite this, research into developing biodegradable biopolymers is continuing to yield promising results, with companies like Teysha Technologies making landmark breakthroughs in viable plastic substitutes.

Teysha have developed a plug-and-play platform where various modified natural-product monomers, co-monomers and additives can be combined to create versatile, tuneable materials akin to traditional plastic. Because platforms like these use a variety of natural components, everything from strength to thermal stability and degradation rates can be carefully controlled according to the application.

Most petrochemical-derived polycarbonates achieve their versatility through control of molar mass, crystallinity and blending with other potentially toxic petrochemicals. The resulting materials can persist in the environment for more than 450 years, causing irreparable damage to organisms and their ecosystems. By diverting funding away from the production of virgin plastics and towards biodegradable biopolymer production, it may be possible to reverse the climate crisis.

Leading this change should be the companies identified in the Plastic Waste Makers Index report. If each one were to silence their drills and direct their attention to the search for sustainable plastics, a healthier, greener carbon-neutral world may just be possible.