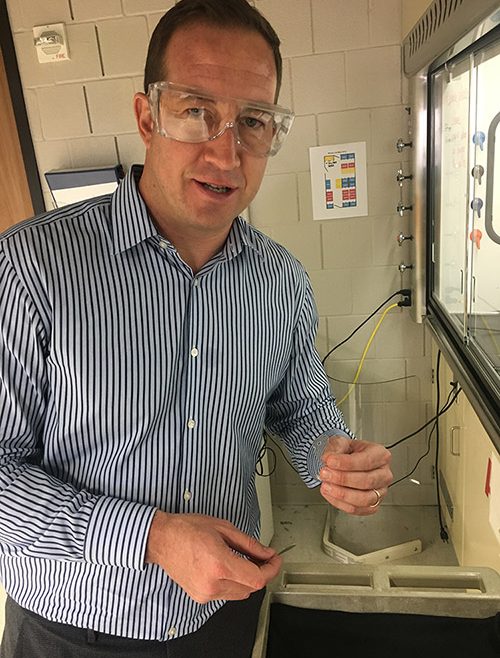 In the last three years, there has been a noticeable awakening of the public consciousness concerning the damage caused by traditional plastics. Matthew Stone, commercialisation director of plastic substitute specialist Teysha Technologies, explains how the latest breakthroughs in earth-friendly plastic substitutes may offer an answer.

“While the world has had a plastic problem for decades, the tipping point for us as a business was around eight years ago. Having spent years developing cleantech products for agricultural businesses in South East Asia, we became acutely aware of the scale of the damage that plastic is doing to the environment. Previously pristine natural landscapes were simply choking because of waste plastic,” he writes.

Around the same time, in the western world, scientists realised that this was having an impact on human health, be it respiratory problems caused by burning plastic or reproductive problems associated with excessive exposure to bisphenol A (BPA).

In what appears to be a perfect storm, the scientific, political and public spheres have aligned to finally acknowledge that preventative action is required.

Stone: “As a result, we’ve seen a growing number of plastic bans around the world, from the UK and France, to Kenya and Morocco. A few of the bans have also achieved good results. Data from the Department for Environment, Food and Rural Affairs (DEFRA), indicates that six billion fewer single-use plastic bags were issued by the seven main retailers in the UK following the country’s introduction of a five pence charge per bag.

However, while these bans are commendable — helping consumers make more sustainable choices — they simply don’t offer the comprehensive change the world needs. The problem lies in the cultural attachment we’ve built to plastic over decades. If plastic was invented today, it would never be sanctioned as a product intended for single or short-term use. As such, we need to consider biodegradable plastic alternatives to fill this need.”

Following years of research, Teysha Technologies has achieved a landmark breakthrough in creating a viable substitute for existing petroleum-based polycarbonates, or plastics.

Our technology uses a plug-and-play system that takes monomers and co-monomers, the natural building blocks that make up plastic, to create a polymer that works and functions in a very similar way to the plastic we’re used to. The difference is that our monomer feedstocks are derived from natural sources such as starches and agricultural waste products, rather than hydrocarbon-based petrochemicals sourced from fossil fuels. The ground-breaking technology itself is designed to act as a base platform where various modified natural product monomers and thiol co-monomers are used, rather than being a single polymer system.

“What’s more, the platform we’ve created to build these biopolymers allows us to precisely tune the physical, mechanical and chemical properties of our polymer to make it usable in a variety of materials,” notes Stone.
This “tunability” of the technology will allow for the manufacture of a wide variety of final products; from medical implants and vehicle moulding to food packaging even cladding for building construction. The final biopolymers can be engineered to be hard and resistant or soft and malleable, all of which can be directly applied to existing plant machinery with low capital cost.

“Crucially, we can also control the biodegradation of our polymers so that they breakdown in weeks or years, returning back to their basic building blocks that can be beneficial to plants,” Stone adds.

“It’s clear that while the first steps we’ve taken as a society have been positive, a more fundamental change is required to truly bring about the sustainable future we need. Rather than fearing the plastic problem, we should tackle it head on and consider the role that plastic substitutes can play in answering the problem.”